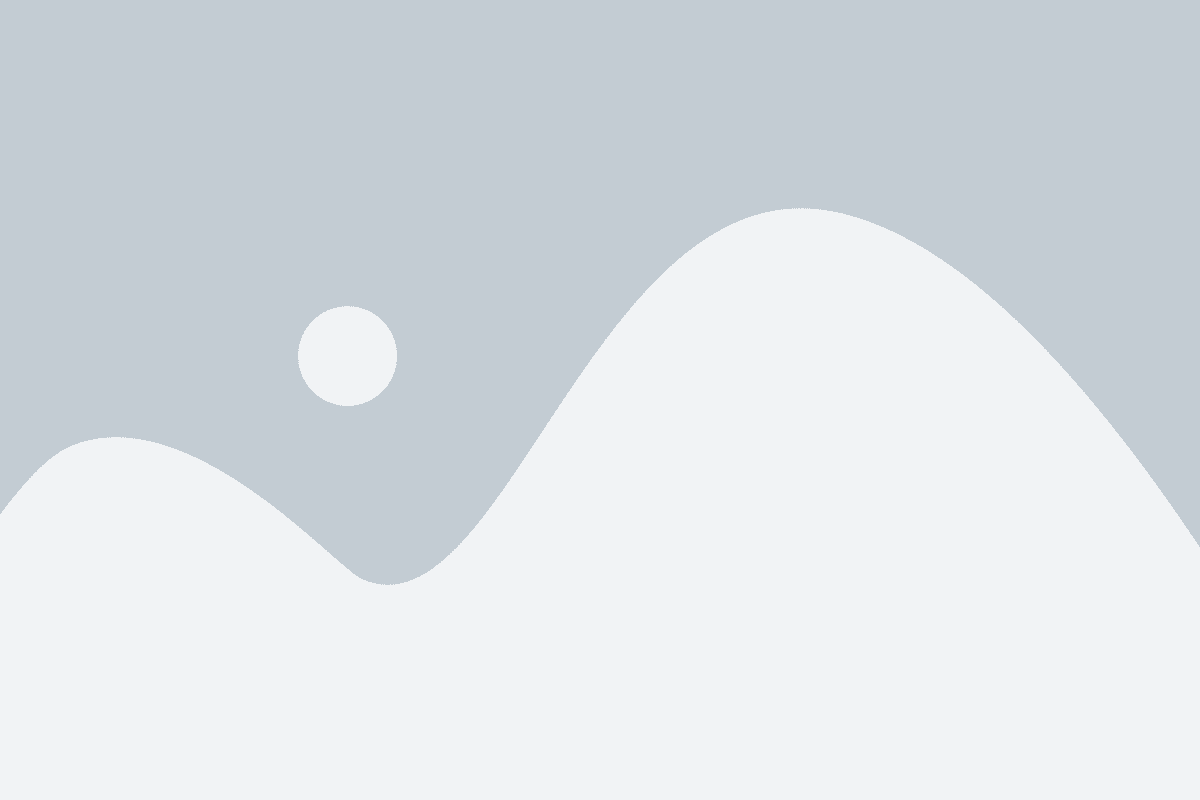 All About Plaza Hollandi
& Our Team

Created & Based in Doha, Qatar.

Rooted in the Netherlands. 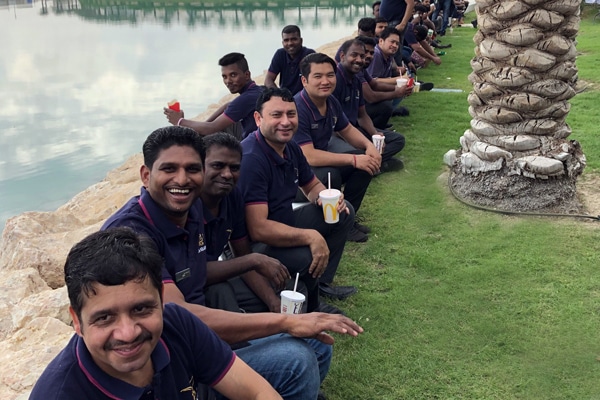 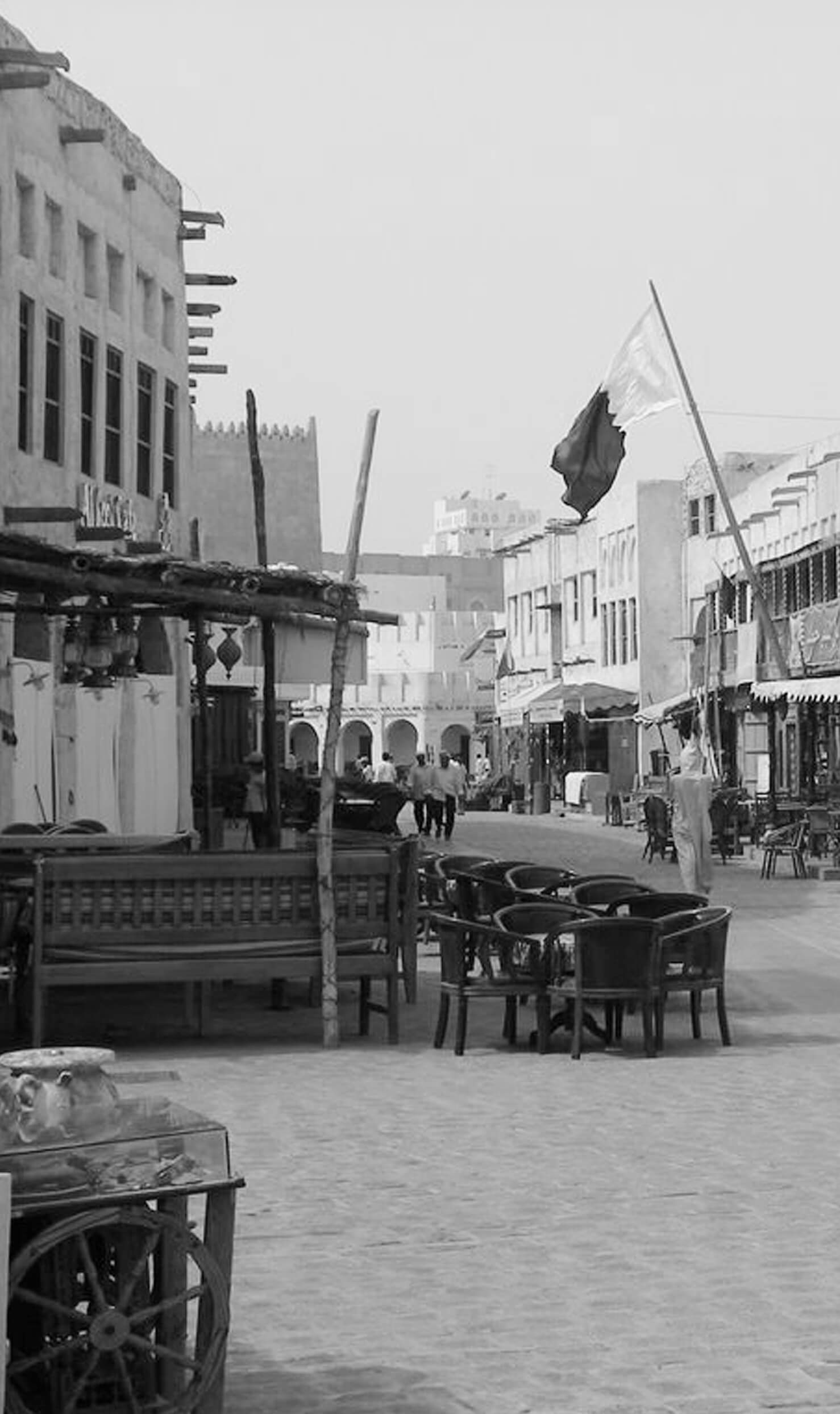 In 1999, the Dutch partner of the company, Mr Hans Steeneveld, decided to send one of his Sri Lankan employees to the Netherlands to learn about the flower business and at the same time receive extensive training in floral design. When he returned to Qatar after 6 months, a professional florist was locally hired to assist him in setting up a flower business.

From those humble beginnings with only two employees in the flower retail department, Plaza Hollandi was born and opened its first flower “shop-in-shop” inside Megamart Supermarket in Landmark Mall. A huge display of fresh flowers resembling a Dutch flower field was created inside the supermarket. Customers could wander in between the flowers taking in their beauty and scent. It became a huge success and in 2006 the first Plaza Hollandi flower shop opened in Villaggio Mall. Two master florists from the Netherlands were flown into Qatar to train new employees to become florists at the highest level.

In June 2009, our own employees started the construction of the Plaza Hollandi Garden Center near the Wholesale market. It was officially opened by the Dutch Ambassador and Qatari officials in April 2010. It is now known as the leading Garden Center for indoor and outdoor plants and planting accessories. Due to the rapid demand for both commercial and private landscaping projects, a landscape designer joined the team of the Plants department in 2015.

Today a dazzling array of flowers and plants are flown in from all corners of the world exclusively for Plaza Hollandi, supplying 10 flower shops in the major shopping malls, 17 shop-in-shops in various supermarkets plus an online webshop that provides the ease of shopping from home.

With a focus on excellence in both products and service, Plaza Hollandi and its talented floral designers and horticultural specialists have become known as the number one high-end luxurious flower shop and garden center in Qatar.

Staff from all corners of the world 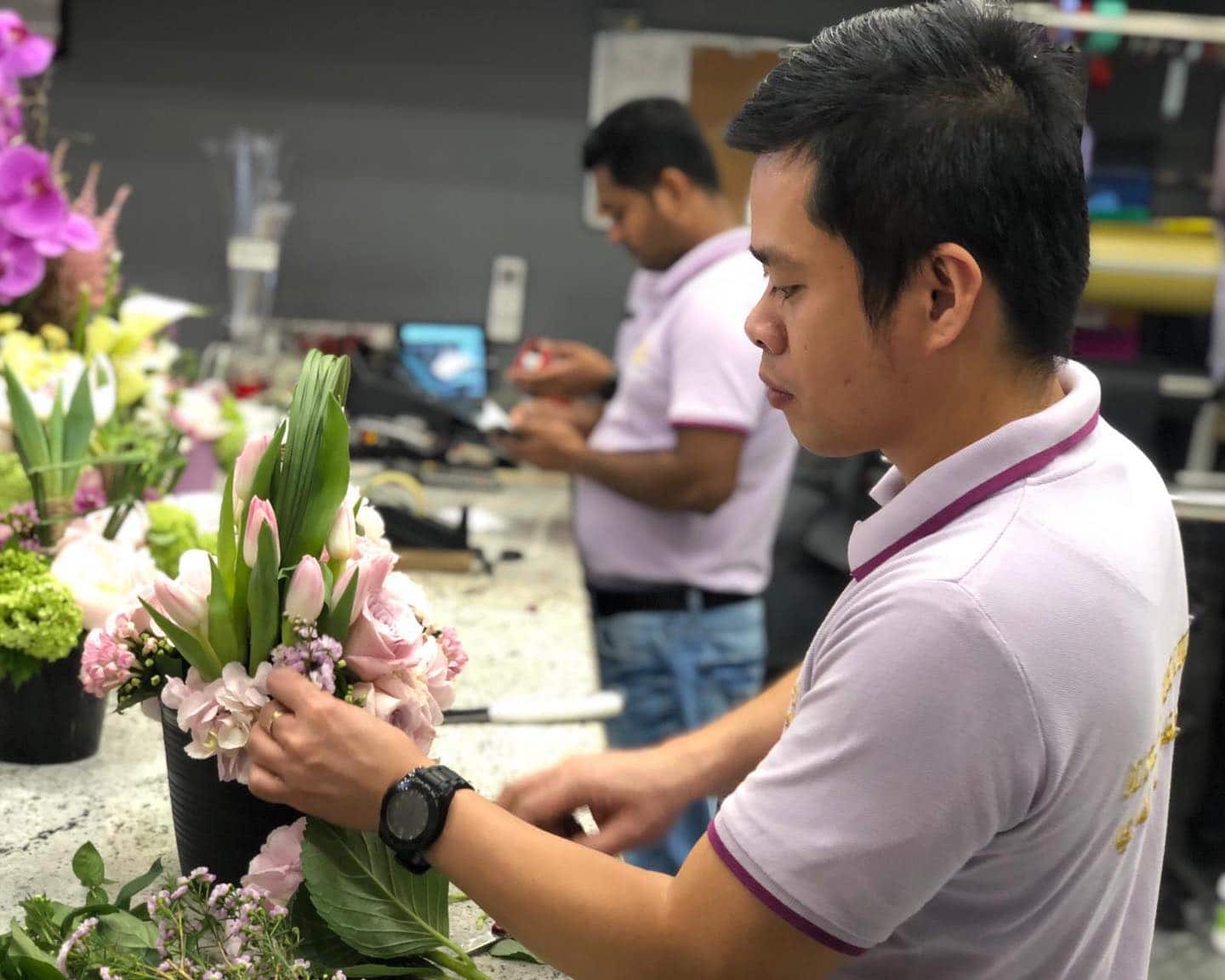 The beautiful natural environment of fresh flowers and plants brings out the best in our multi-talented staff.

We pride ourselves on the diversity in the workplace with employees of at least eleven different nationalities and cultural backgrounds.

We aim for excellence by empowering our employees with opportunities for personal growth and the capability to work both independently as well as in a team. Every year we select a number of employees to travel to the Netherlands and other European countries to keep updated with the latest designs and to get a better understanding of the flower and plant business from different perspectives.

The welfare of our employees is our top priority, resulting in highly motivated and loyal staff, most of whom have been part of our family from the very beginning. Meet our floral designers.